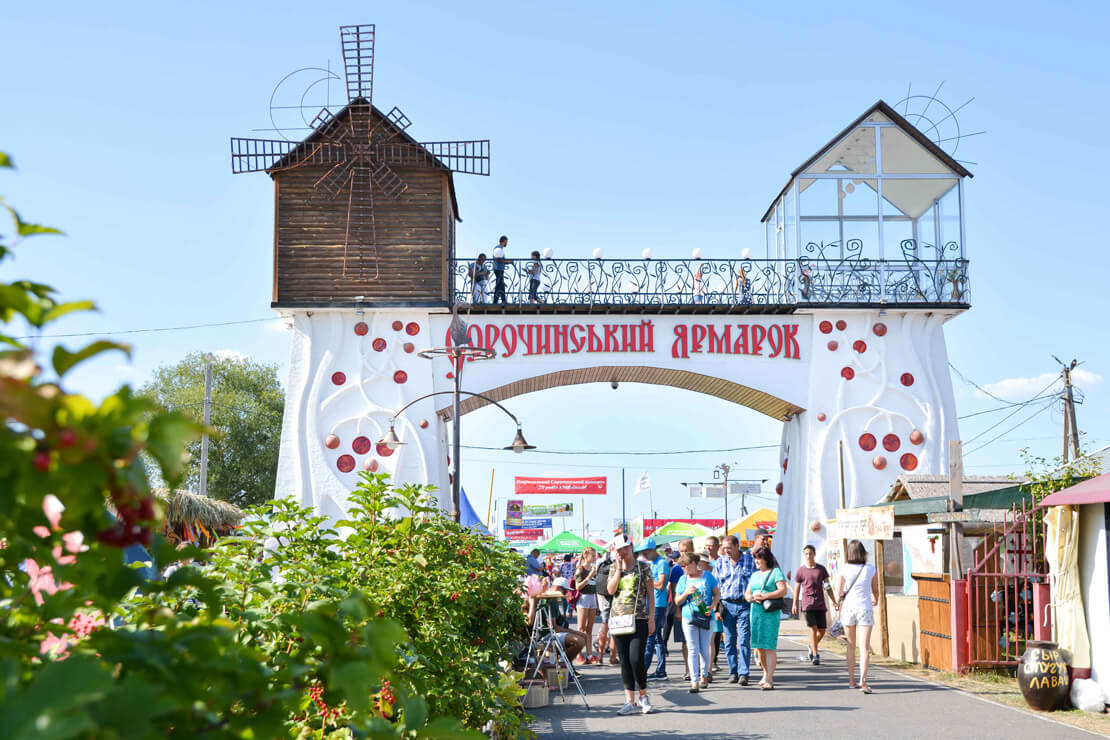 Day One – Opening of the Fair.

Today is finally the event that Ukraine has been waiting for the whole year – the National Sorochynsky Fair - 2019 started its work!

The opening ceremony of the event took place at 11:00 on the stage of Hivria’s ethnographic homestead. The fair was opened by Gogol's characters, “Mykola Gogol” himself and the team of organizers – Sorochynsky Fair LLC.

Deputy Director of Sorochynsky Fair LLC, Ananenko Andrii addressed the numerous participants and guests with words of greeting. The vocal ensembles of Sumy and Donetsk regions presented their art and put everybody in a good mood. The opening ceremony was filmed by eight central and six regional TV channels. As they say, stay tuned! 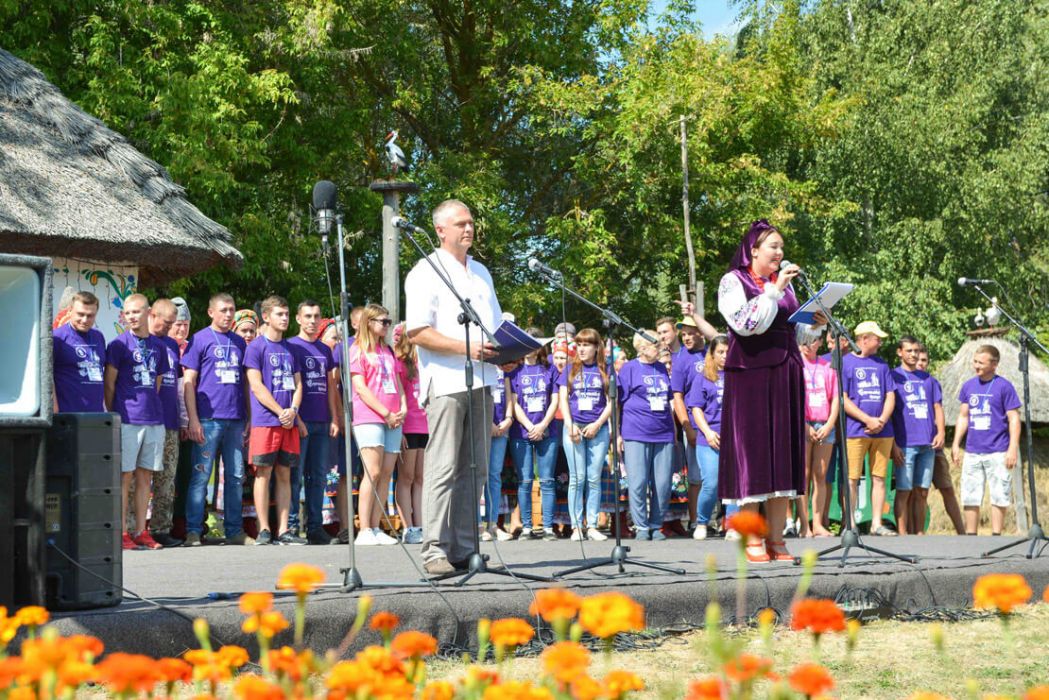 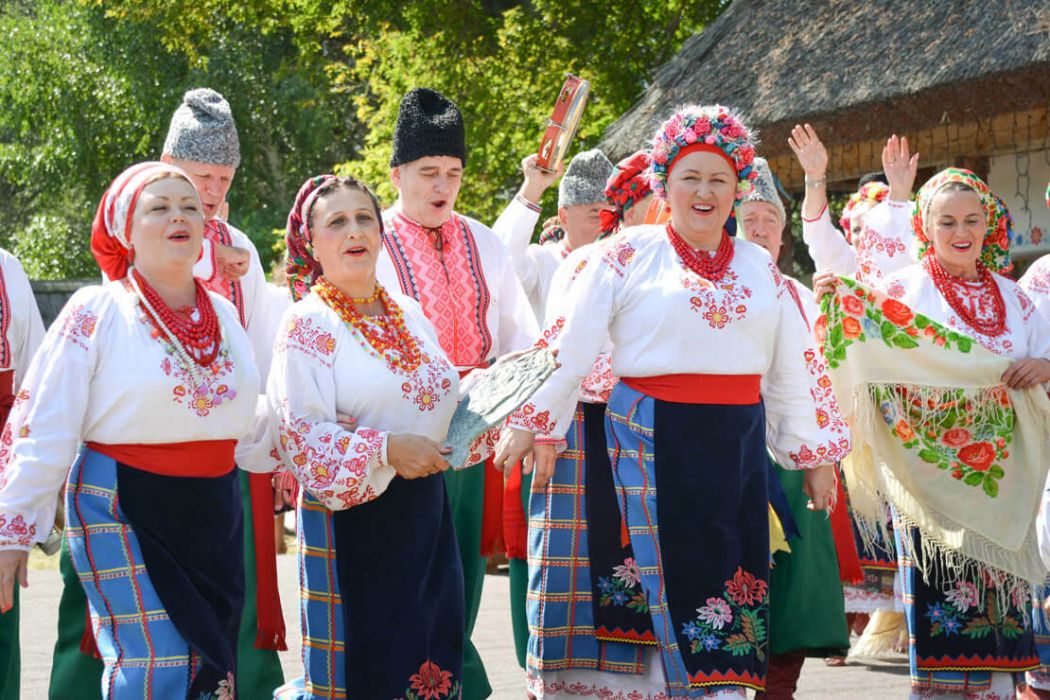 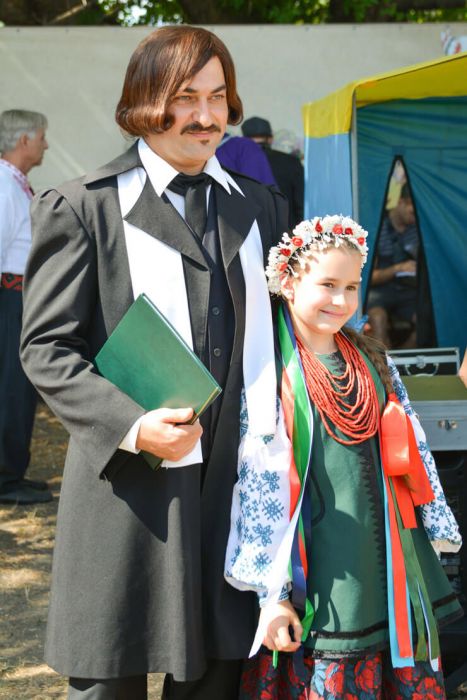 At 16:00 on the stage of the Hivria’s homestead there was a presentation of the book “Living Heritage”, which contained an article about the National Sorochynsky Fair. The book was published in South Korea at UNESCO's expense and was presented by the Director of the Centre for Development of Democracy through Culture, a representative of the European Association of Festivals in Europe, Oleksandr Butsenko. 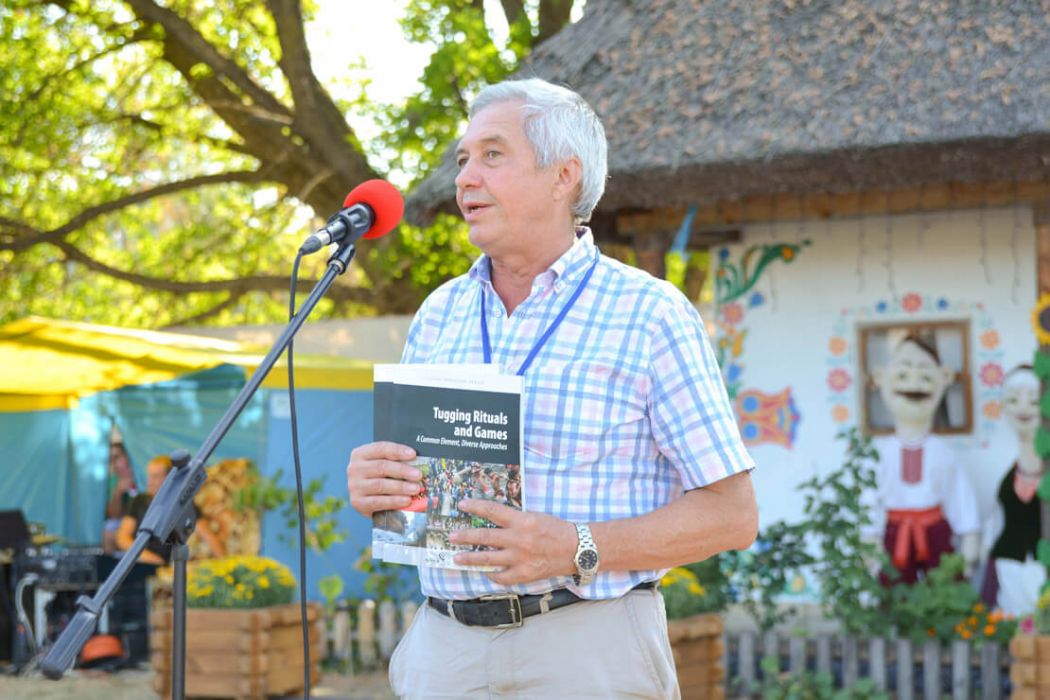 Although the fair only opened today, the lively trade continues from yesterday. There are lots of products and at very reasonable prices. And that will be the next picture of our fair kaleidoscope. 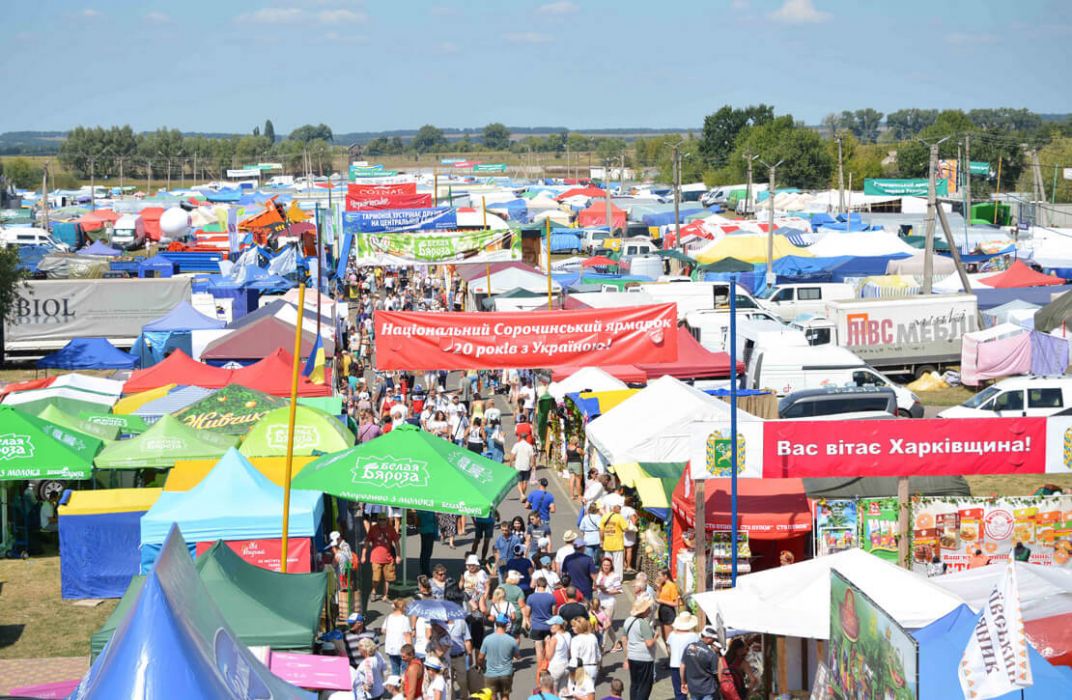 And tonight there is another gift for the fair participants  a concert of the famous show group “Bessarabia” from Odessa and the young band “MARLEN”. 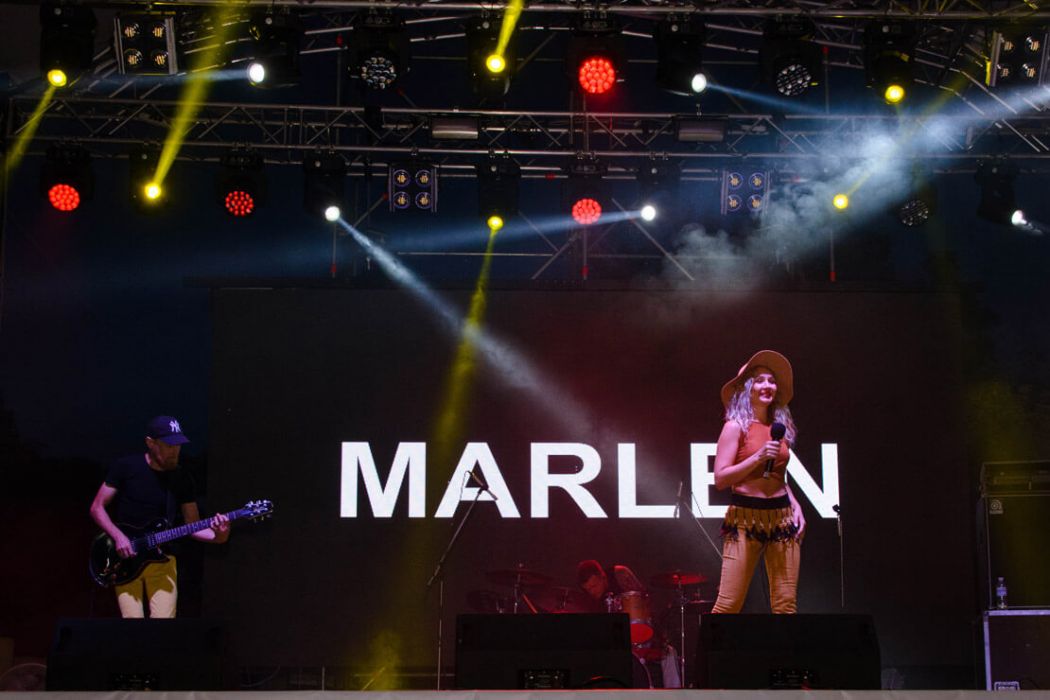 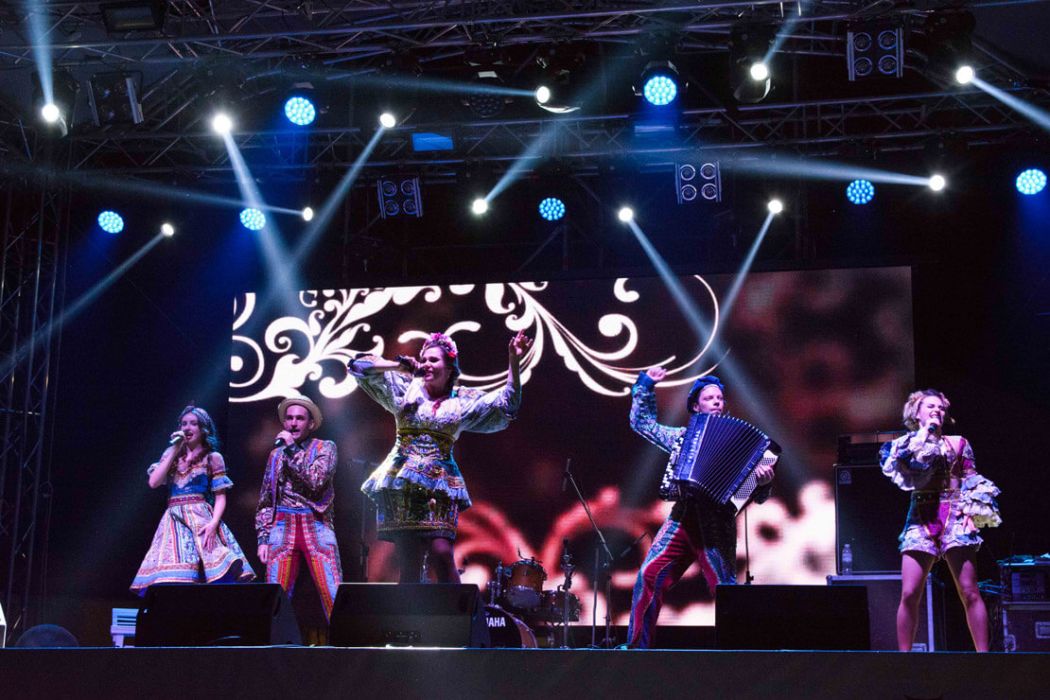 Sorochynsky fair will last until August 25 inclusive. And it's waiting for you!