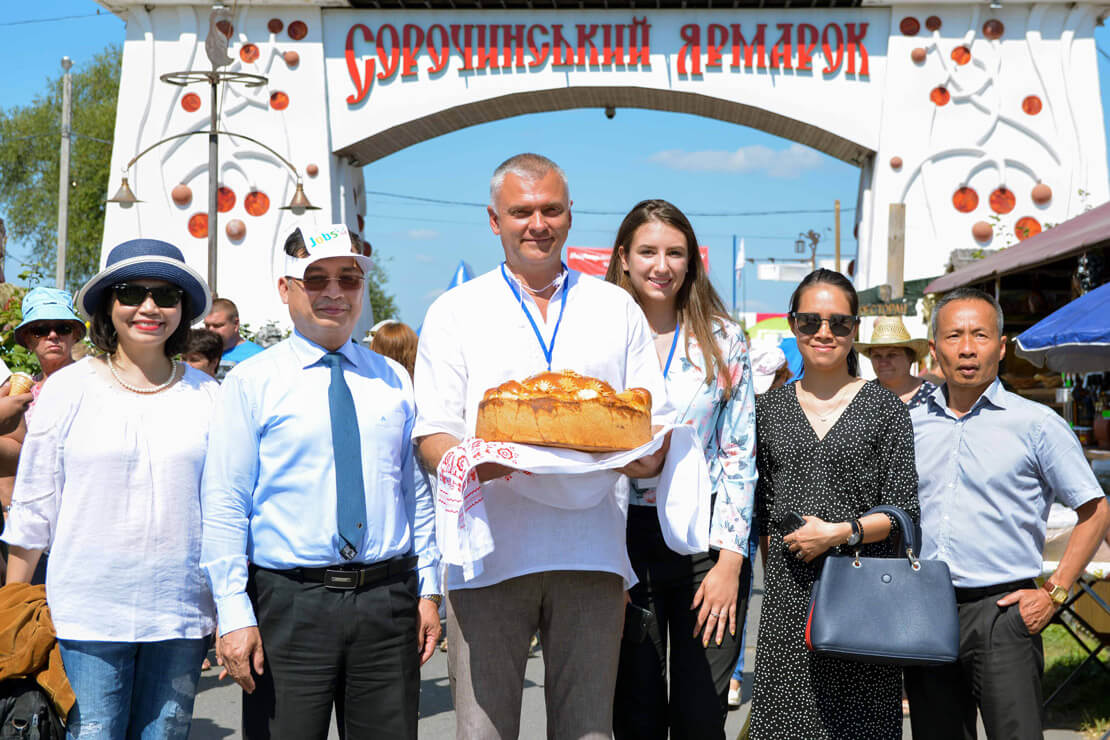 The peculiarity of the Sorochynsky fair is that it is interesting and attractive not only for Ukrainians, but also for foreign guests - both official delegations and individuals. Yesterday the guests from Belarus, Brazil, Argentina, Chile, Canada, Poland and the USA walked around the fair. There may have been others, but not all of them reported their presence. 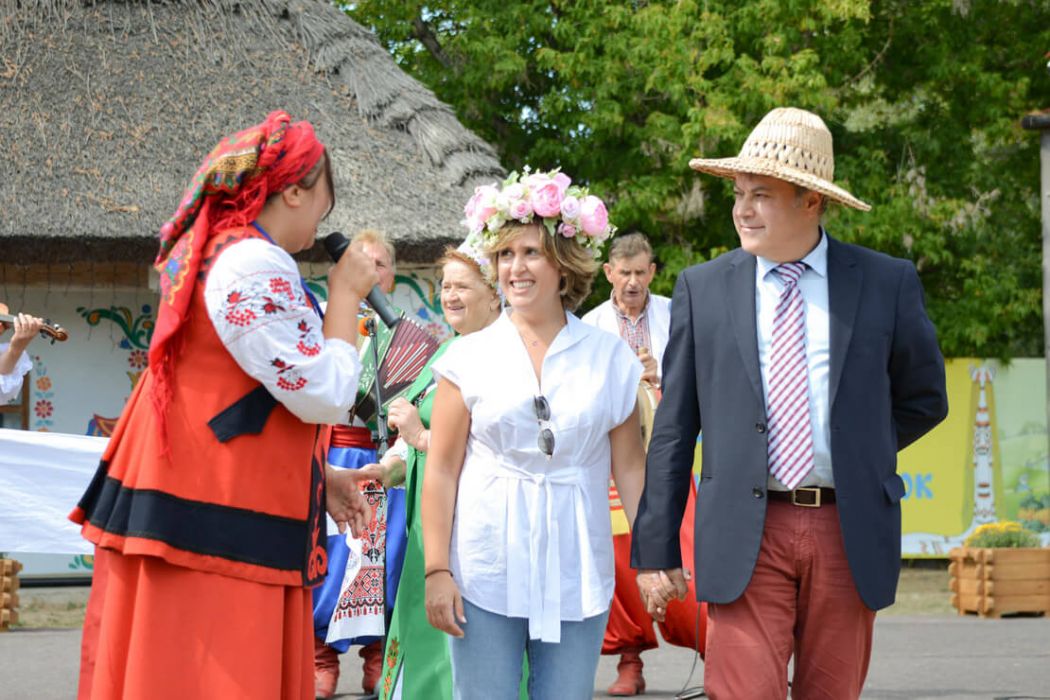 One of the highlights was the presence at the fair of a very unusual guest from the United States, Randy Santel, who calls himself the “World Class Professional Eater”, travels the world and sets records for eating dishes of national cuisine. He has already visited 34 countries and held 777 eating competitions. At the fair, it was already Mr. Santel's seven hundred and seventy-eighth competition, and he “sentenced” neither more nor less: a litre of borshch, a kilogram of varenyky, a large glass of compote and a big doughnut. He did it quickly and, as it was evident from the expression on his face, received ineffable pleasure from consuming Ukrainian dishes cooked at the Sorochynsky Fair. We invite everyone to repeat Mr. Santel's “achievement”! 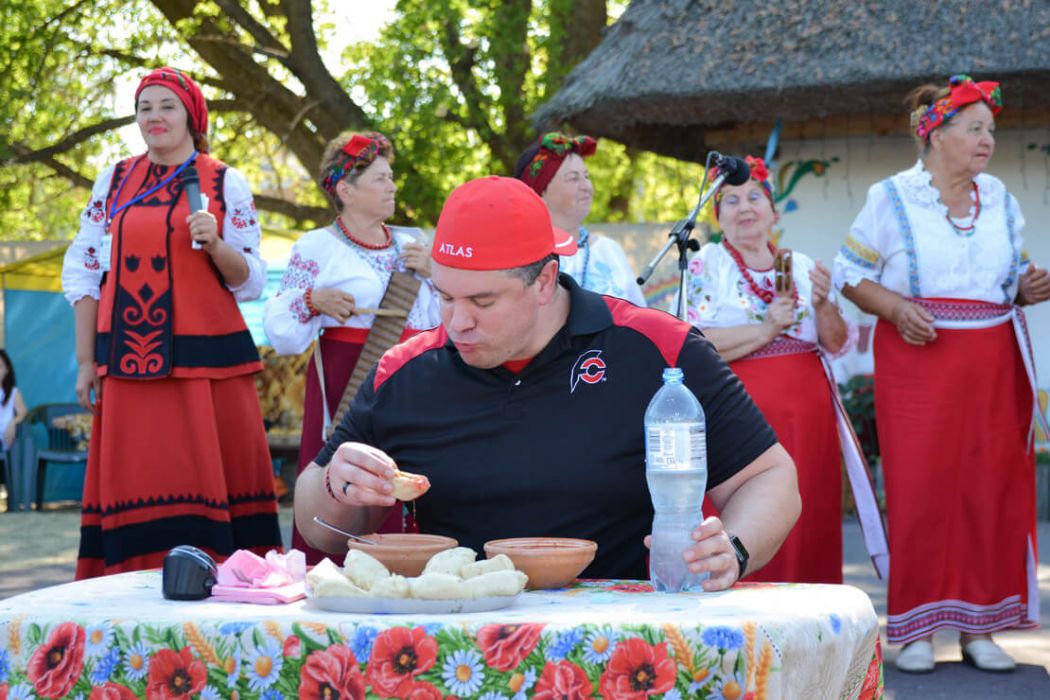 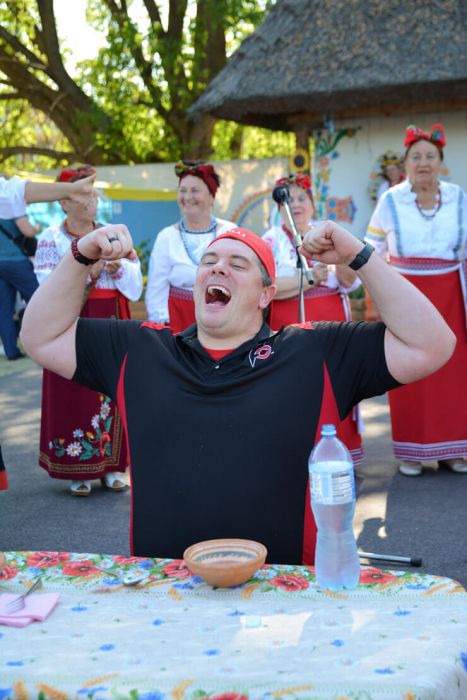 Despite the working day, the fair is in full swing: they buy and sell, sing and dance, the beer from TM Chernigivske is flowing like water, and Poltava halušky are eaten by the tons. 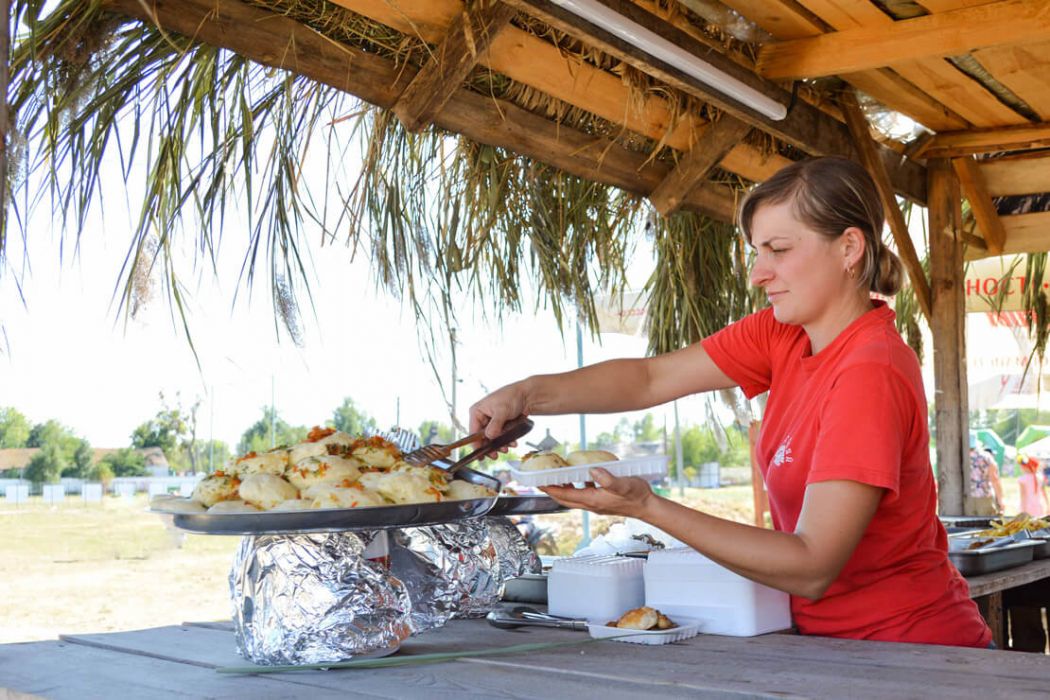 The bright ending of this fair day will be a concert of the orchestra of the 58th separate mechanized infantry brigade and the cover group “Dagger”. 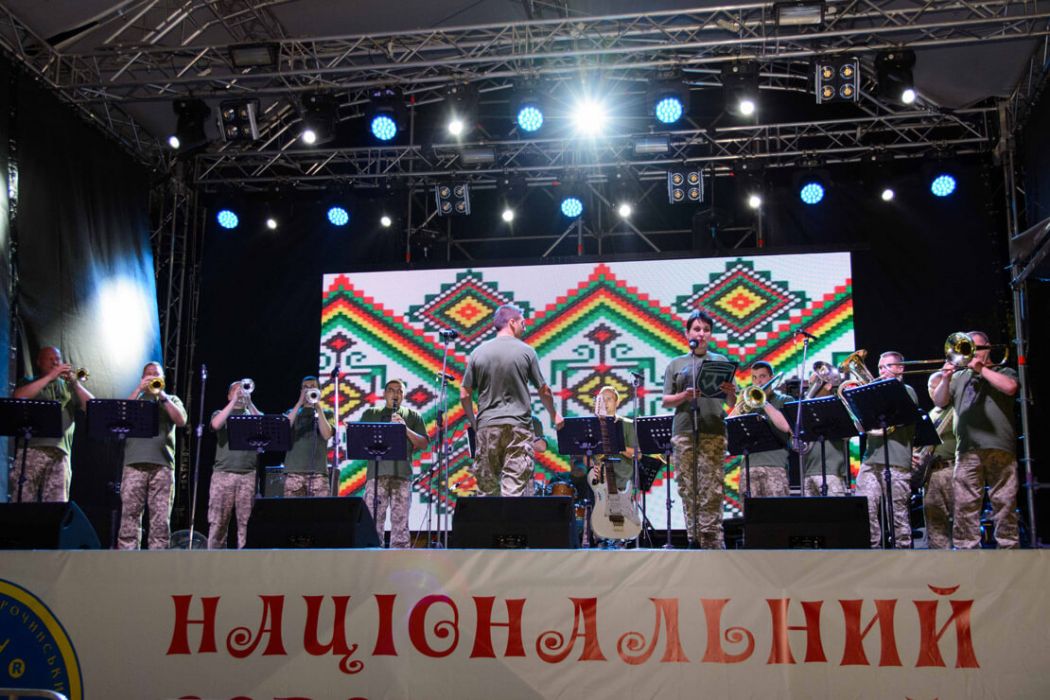 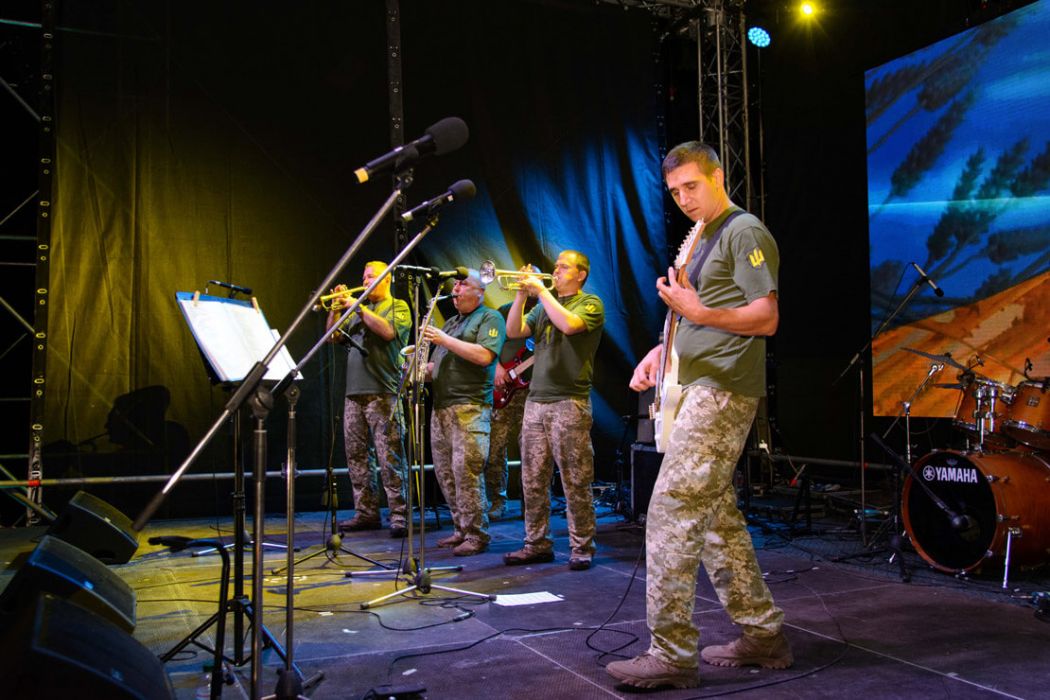