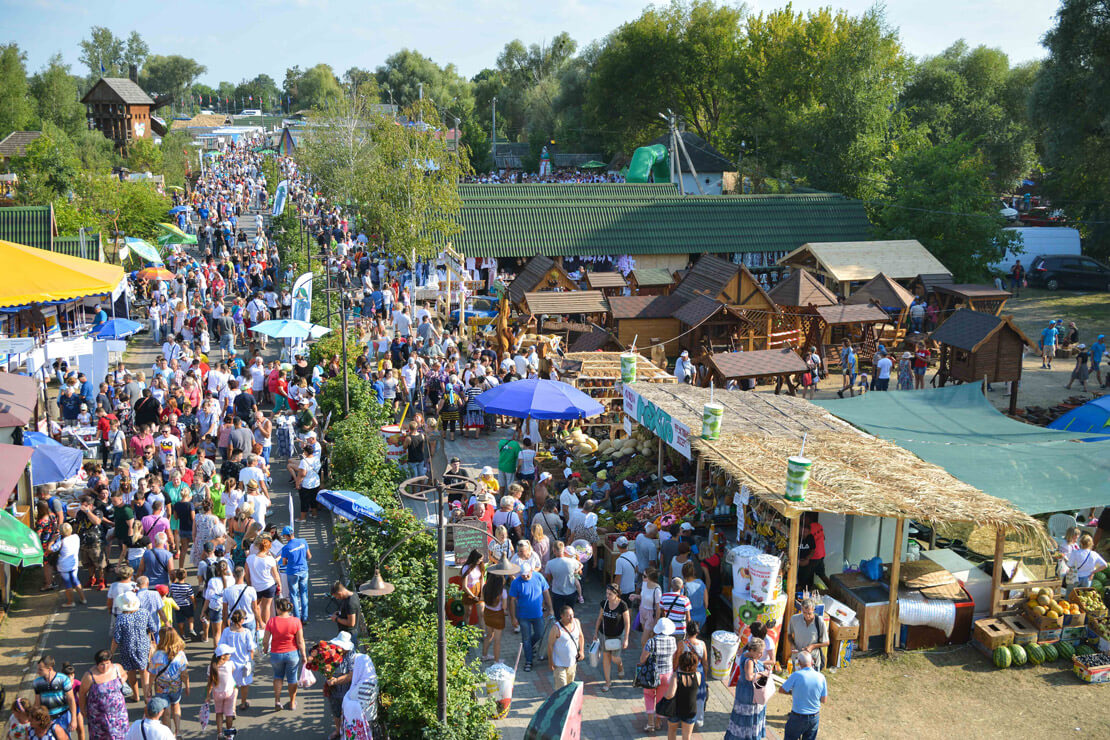 Happy Birthday, Ukraine! Beautiful, independent, free and, in the dreams of all, prosperous! We love you and sincerely wish you and us peace, prosperity and happiness! The National Sorochynsky Fair, together with all Ukraine, celebrates Independence Day. At the festive table there is a lot of sunshine, smiles, good mood, lots of goods and entertainments.

The centre of Ukraine for six days moved to the village of Velyki Sorochyntsi, onto a bustling and cheerful fairground.

Among the most vivid impressions of today: an art project of the Ukrainian folk costume “From the Grandmother's Old Chest”; “Ice Cream Festival”; competition and game program “Marriage of Varenyk with Haluška” (and tomorrow there will be “Pumpkin Fest”). 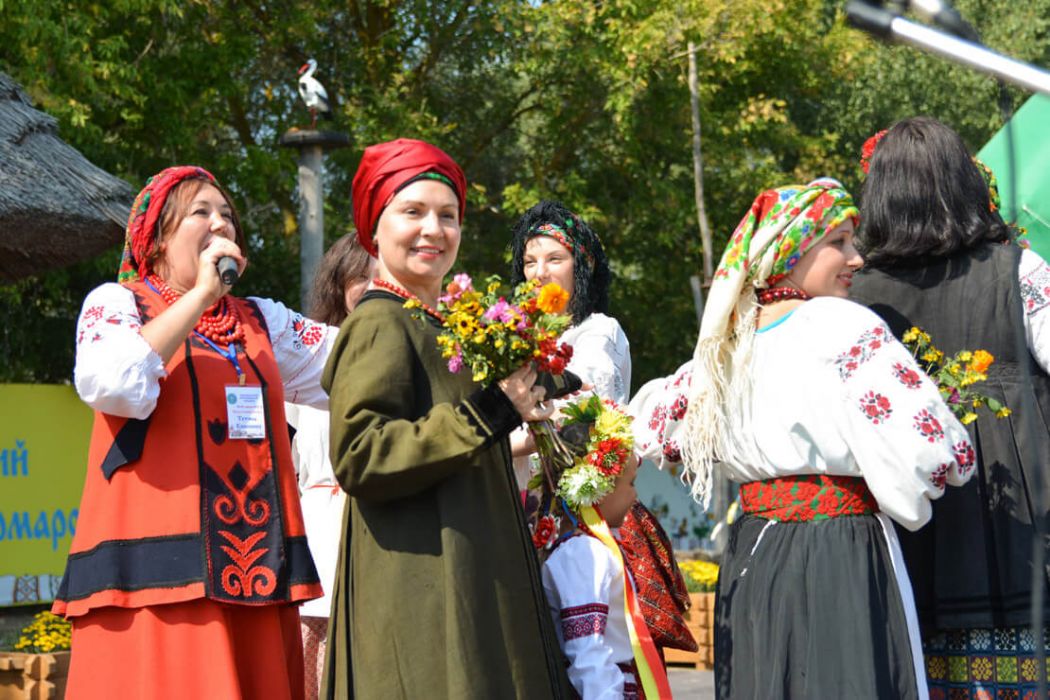 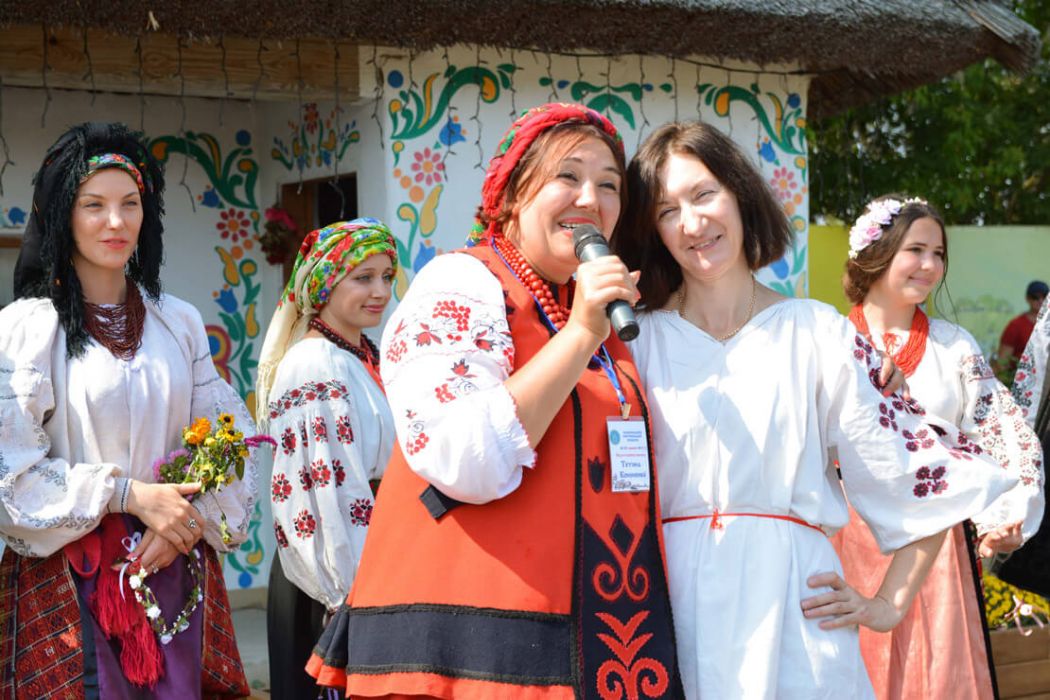 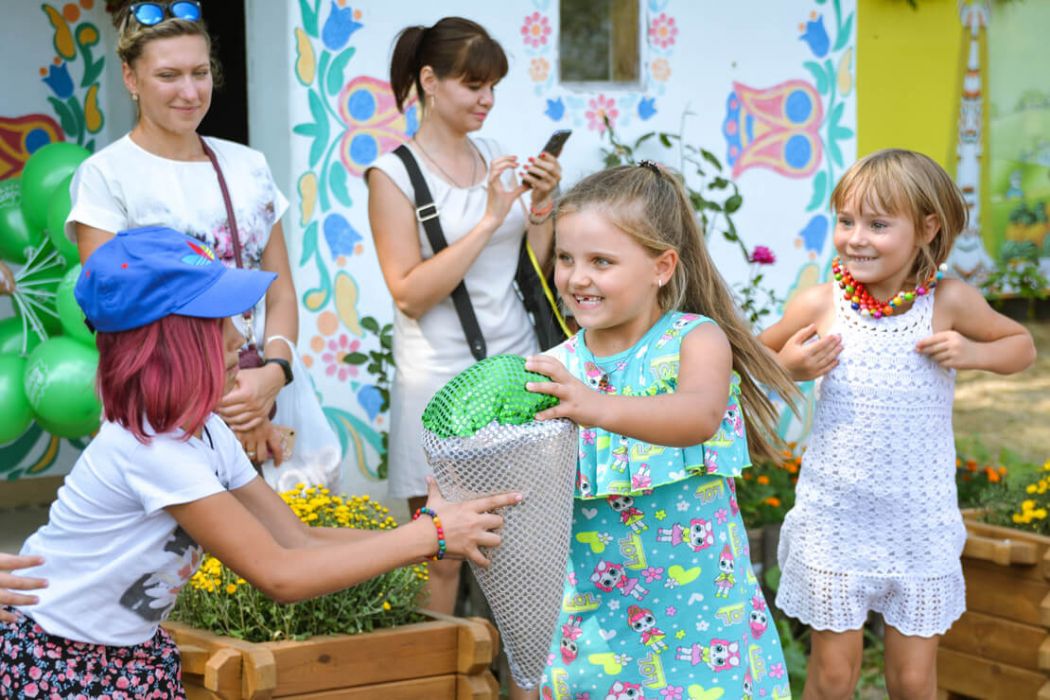 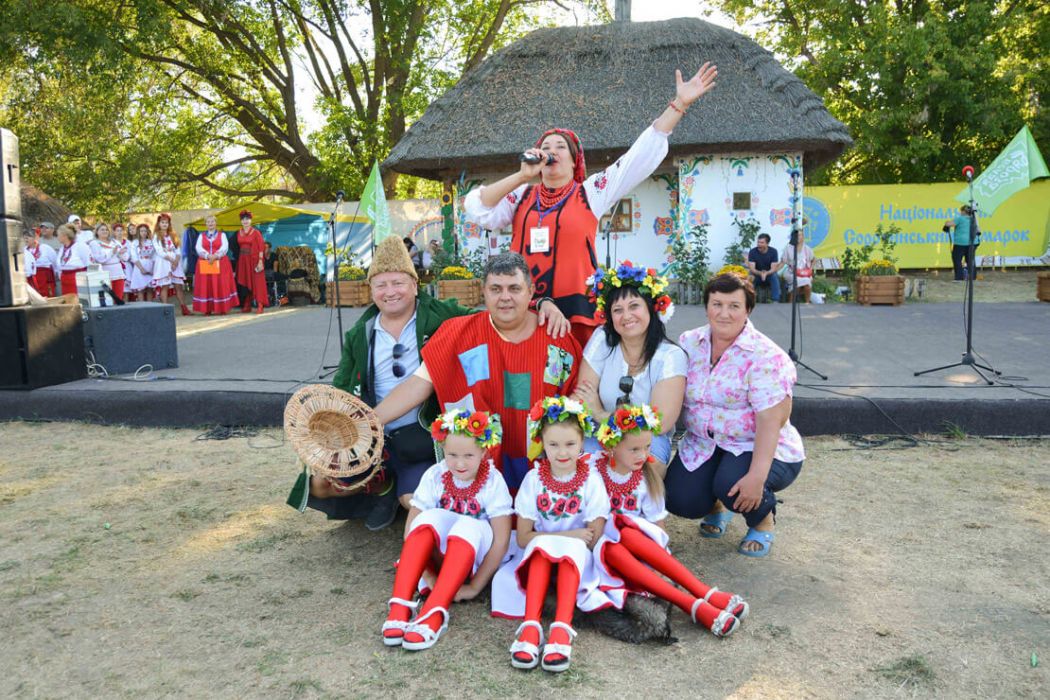 And, of course, the Gogol's characters, they move around the field on the only real oxen in Ukraine. The guests of the fair, including foreigners, were especially delighted by the performances of amateur folk groups from all regions of Ukraine. The fair is not only multicoloured, but also multifaceted. Thus, the Representational Office of the European Union opened the Creative Territory of the EU at the Sorochynsky Fair, which will operate on August 24-25. Today, the event was also attended by journalists from Turkey, who filmed a program similar to ours “Orel and Reshka (Heads and Tails)”. By the way, the TV host of the program “Orel and Reshka” Lesia Nikitiuk was also seen walking at the fair. 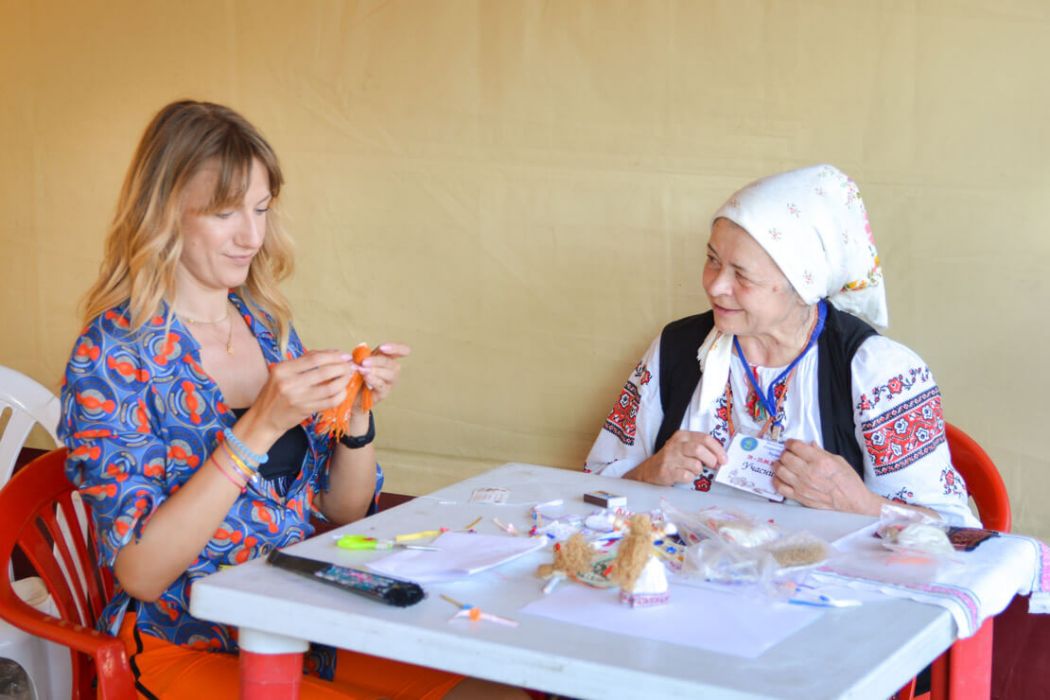 And in the evening, the special events are awaiting the fair participants – a concert of the extremely talented band “The Sixth Sense” from Lviv and a meeting with the song soul of the Georgian people, a true friend of Ukraine VAKHTANG KIKABIDZE. 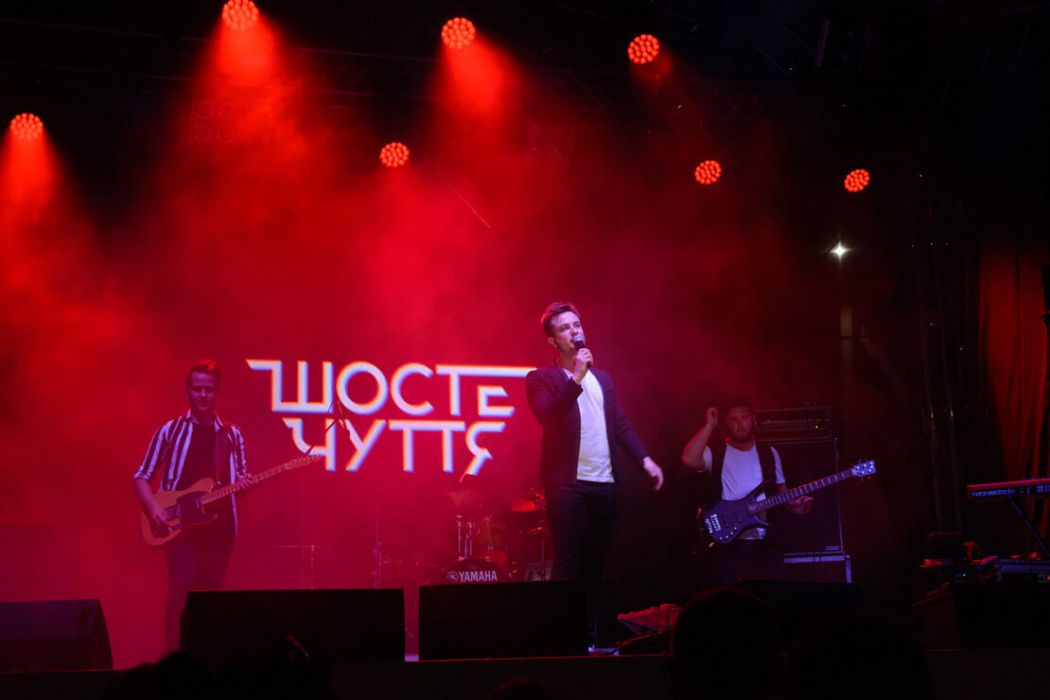 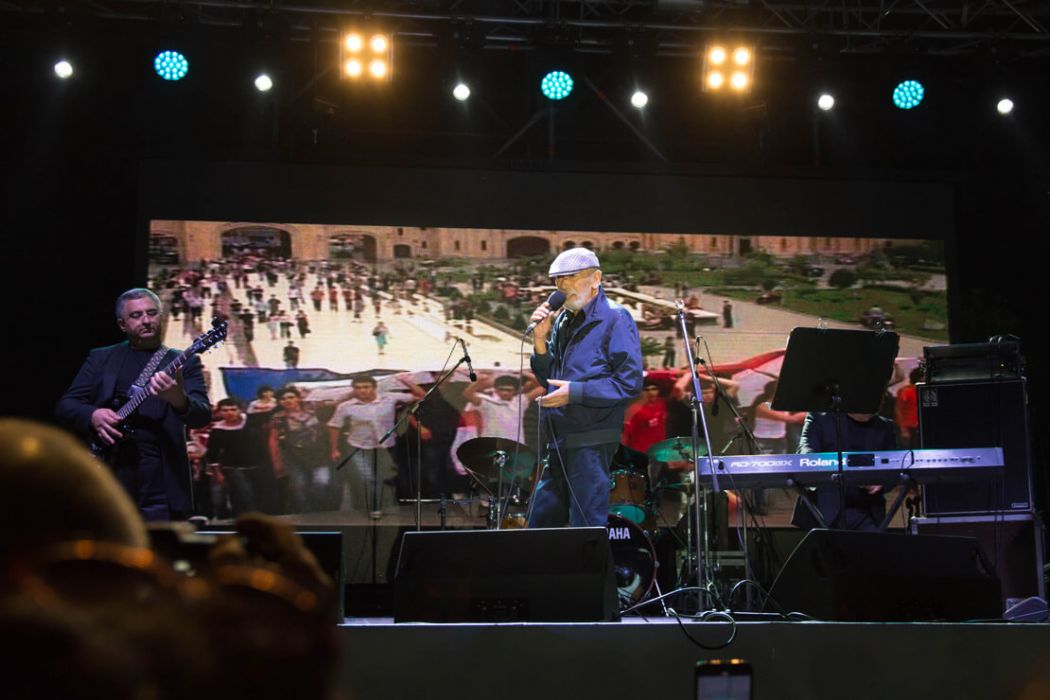 And for those who are still considering whether to go to the Sorochynsky Fair or not, there is good news. Tomorrow at the fair the “auction of unprecedented generosity” is starting off! All that still failed to sell, is sold at half price, and even given for nothing (why should one carry everything back home). 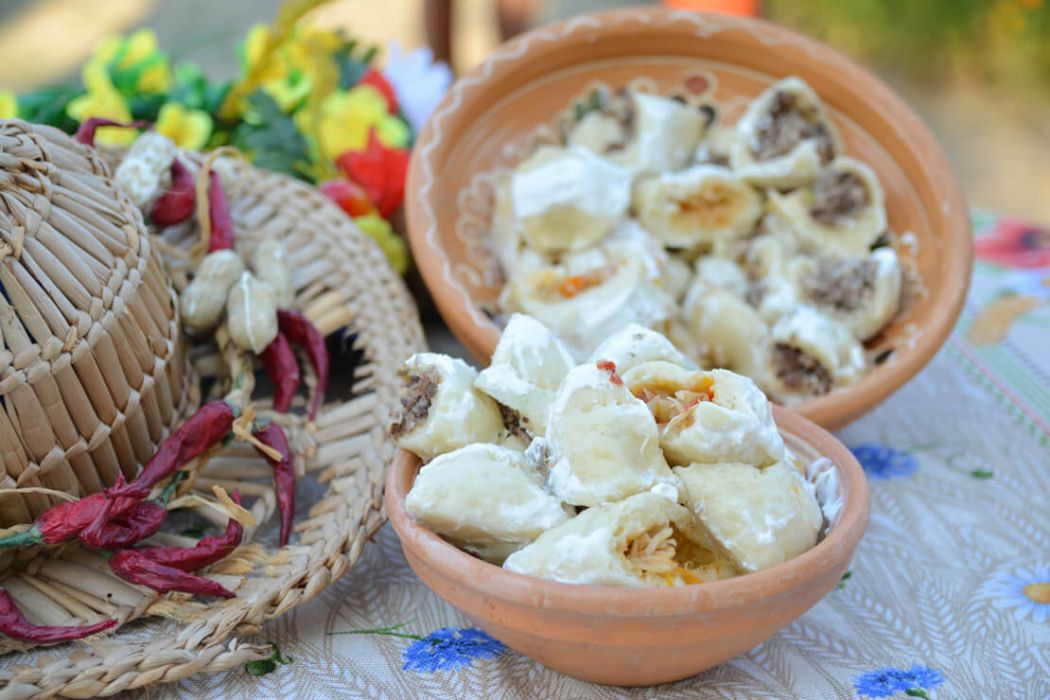 Do come, you will not regret it!